In 1968, he created his first pret-a-porter collection, ParallÃ¯Â¿Â½le and opened a boutique at 2, avenue Montaigne in Paris. During the next 30 years, the Emanuel Ungaro House expanded to include boutiques and licensing agreements worldwide.

In 2005 the brand Emanuel Ungaro was sold to Pakistan-born internet tycoon, Asim Abdullah head of Global Asset Capital Investment Bank. At the time, the total wholesale revenue of products sold under the Ungaro label through licensing deals was approximately Ã¯Â¿Â½ 70 million. 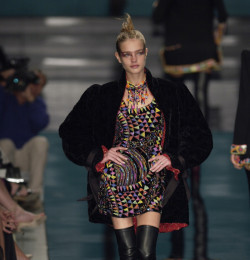 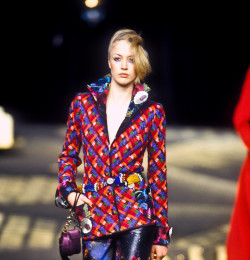 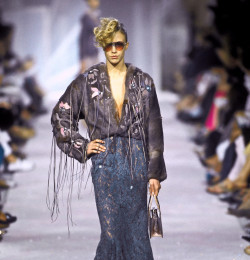 Autumn/Winter 2000
Models
Raquel Zimmermann
All Fashion Shows
Ready for the next big name?
A central authority for the fashion and luxury industry. Since 1998.