If there is a heaven then this was it! That is if youâ€™re a lover of â€˜angelsâ€™ of course. The Third Annual Supermodel Cycle at SoulCycle in New York City on Wednesday saw the likes of heavenly Alessandra Ambrosio, angelic Doutzen Kroes and numerous other â€˜angelsâ€™ put on their tight-fitting gym wear pants with the SoulCycle logo on it and pairing it with white t-shirts with the words, â€˜Life is worth the rideâ€™ to do a good deed. And if that wasnâ€™t enough to get your attention, the t-shirts were worn over neon green bras. 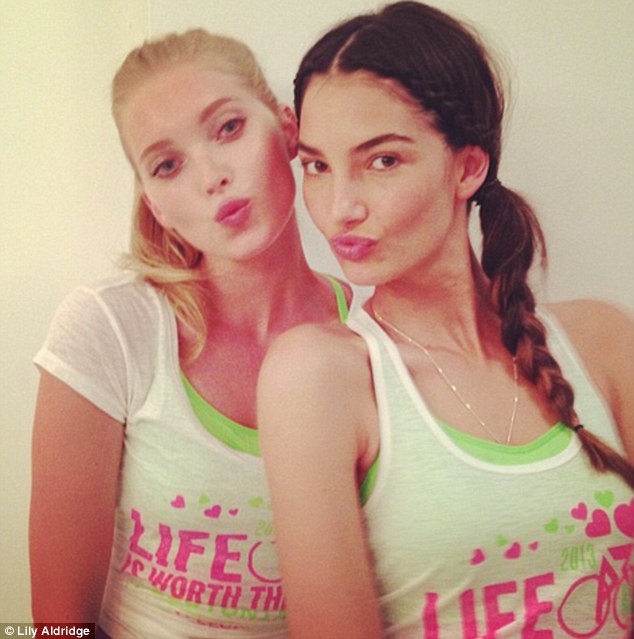 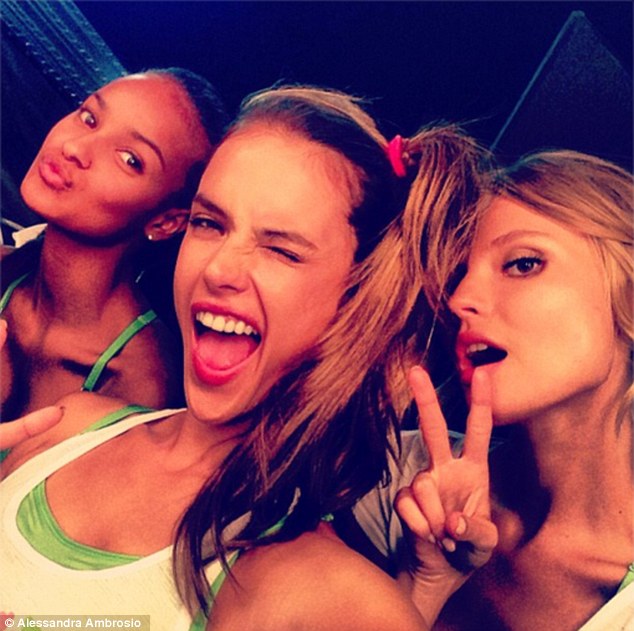 The annual charity event of the Pelotonia group which works to end cancer saw the angels flex their muscles for a good cause. They game fully boarded bikes, pretended to workout, blew kisses and hammed it up all the time having a great time. Later, it was time for a group picture and angels, Gracie Carvalho, Elsa Hosk, Magdalena Frackowiak, Lindsay Ellingson, Lily Aldridge, Doutzen Kroes and Alessandra Ambrosio put their â€˜angelic formsâ€™ front and center to capture it all on film. 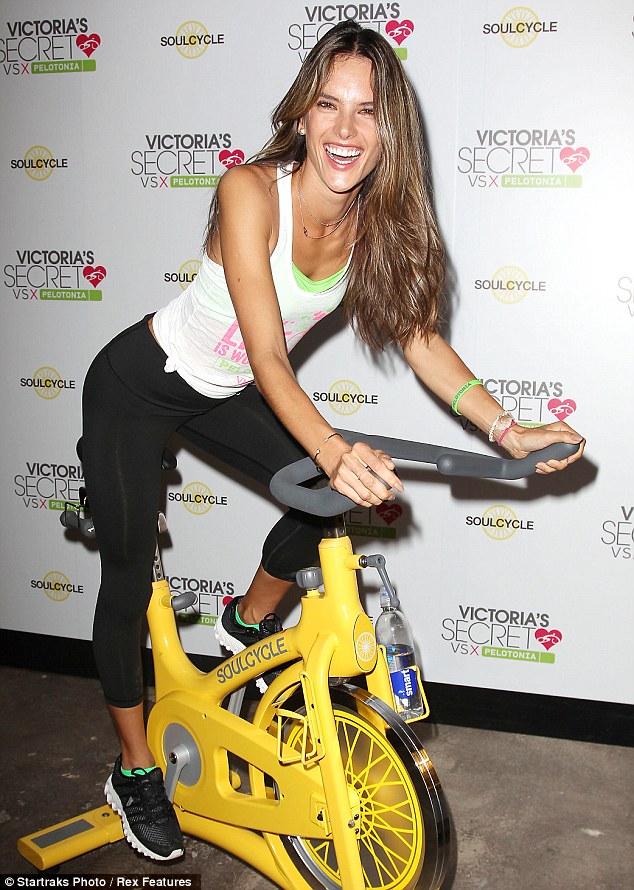 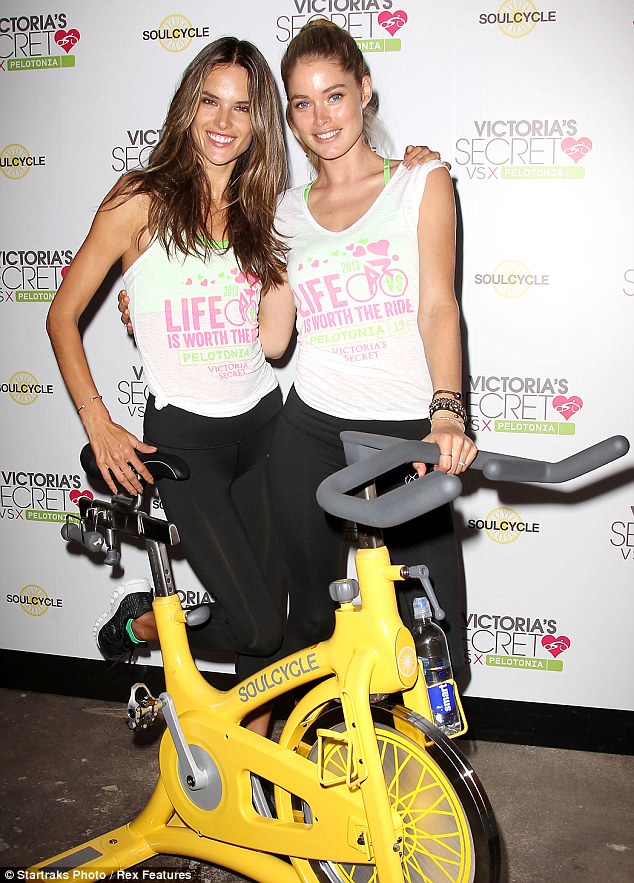 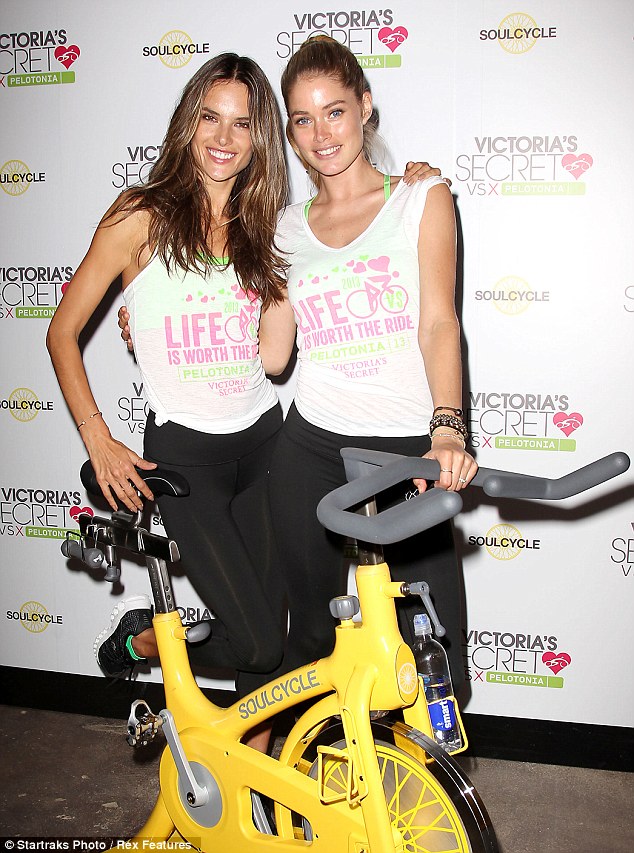 Nobody does it better than the â€˜angelsâ€™ when it comes to a charity event but come to think of it, they are pretty good at other things too! They came, they flaunted their super forms, they flexed their almost non-existent muscles and they flashed their picture perfect smiles to make it a winning event and thatâ€™s what it is all about folks. 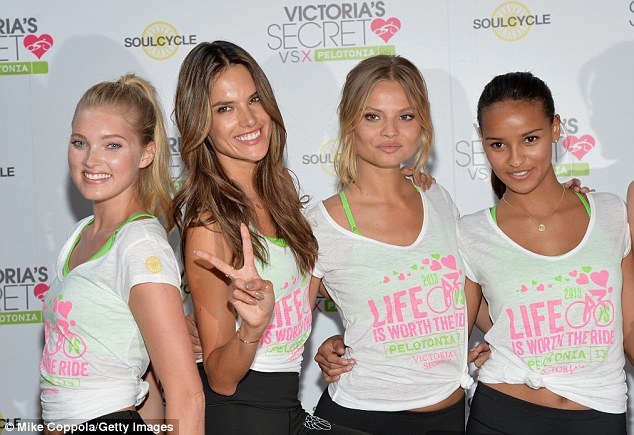 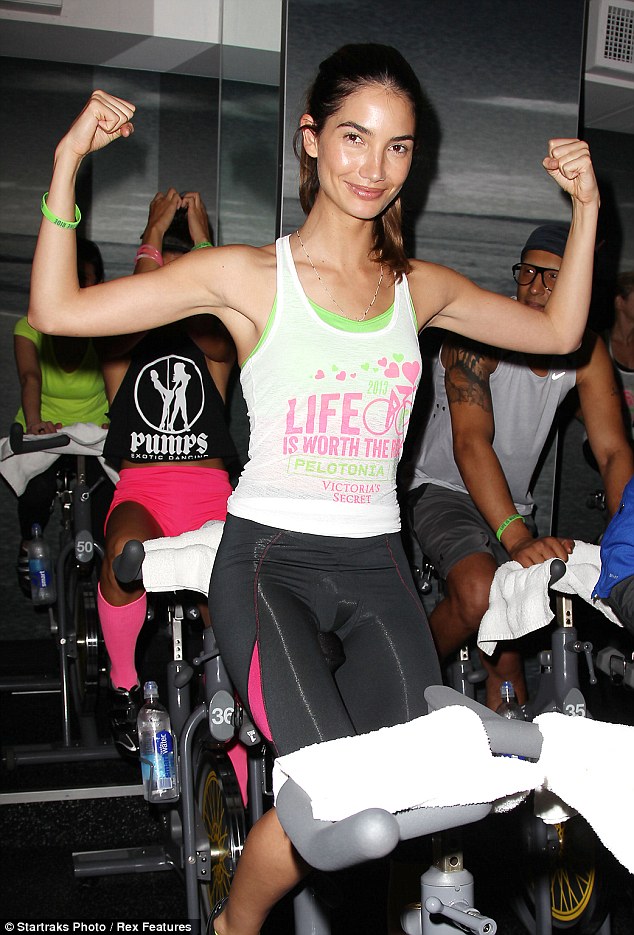 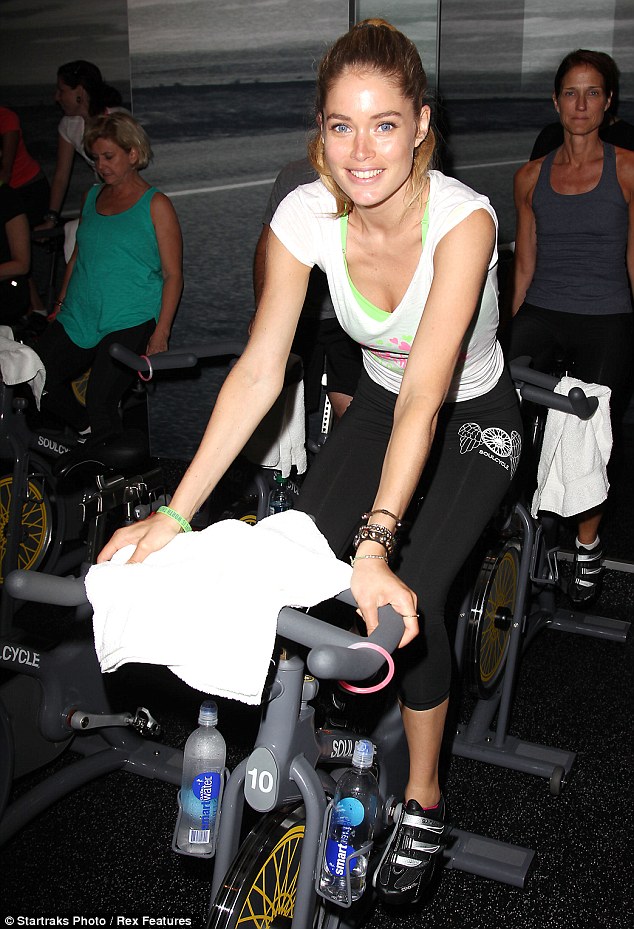 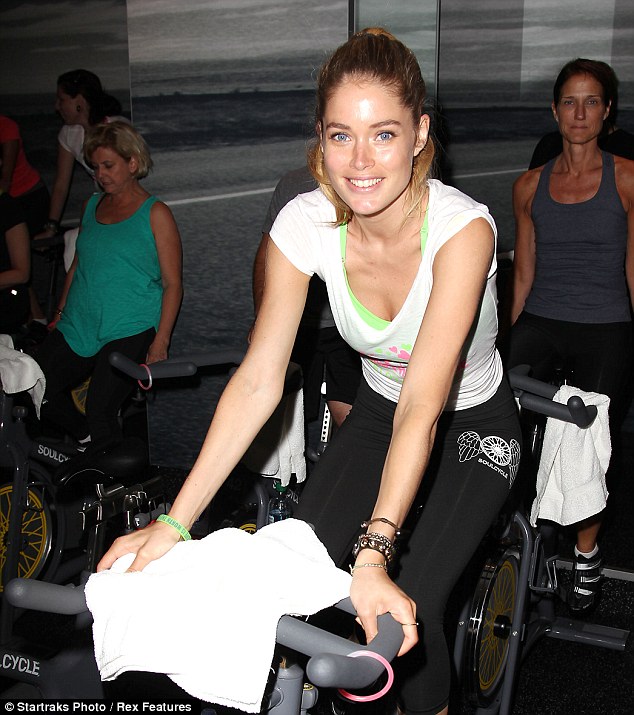 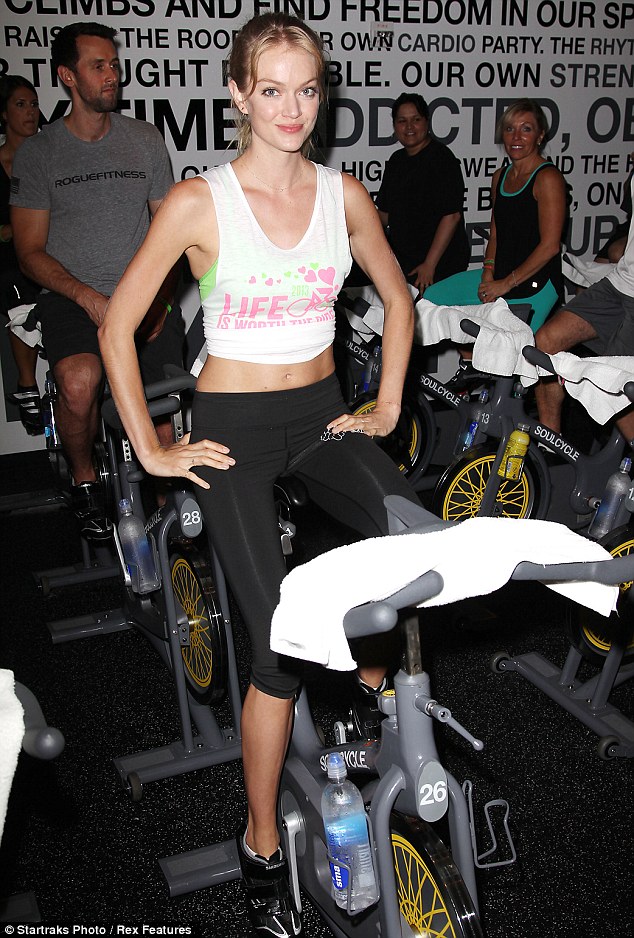 By
T. J. Mueller
Share Me
#Tags Victoria's Secret Angel Supermodel Alessandra Ambrosio Doutzen Kroes The Third Annual Supermodel Cycle SoulCycle
+ Report an error
Ready for the next big name?
A central authority for the fashion and luxury industry. Since 1998.