Just a day or so ago, Kate Upton had plauded to Cosmopolitan Magazine that, “To me, what’s sexy is when you look like you’re having a good time. That, and when you look effortless and have messy hair.”

Well, the guess is she decided to go for the un-sexy look for her appearance at the Everything or Nothing: The Untold Story of 007 premiere. The pretty buxom blonde chose a white long sleeved-blouse with added free-flowing panels that hid her two best assets and teamed it with a knee-length black tight skirt and black heels. The “messy hair” was upswept into a non-messy hairdo and sex-appeal flew out the window and in stepped “school-marm” Kate. The only thing missing was a pair of horn-rimmed glasses to complete the picture of conservativeness. 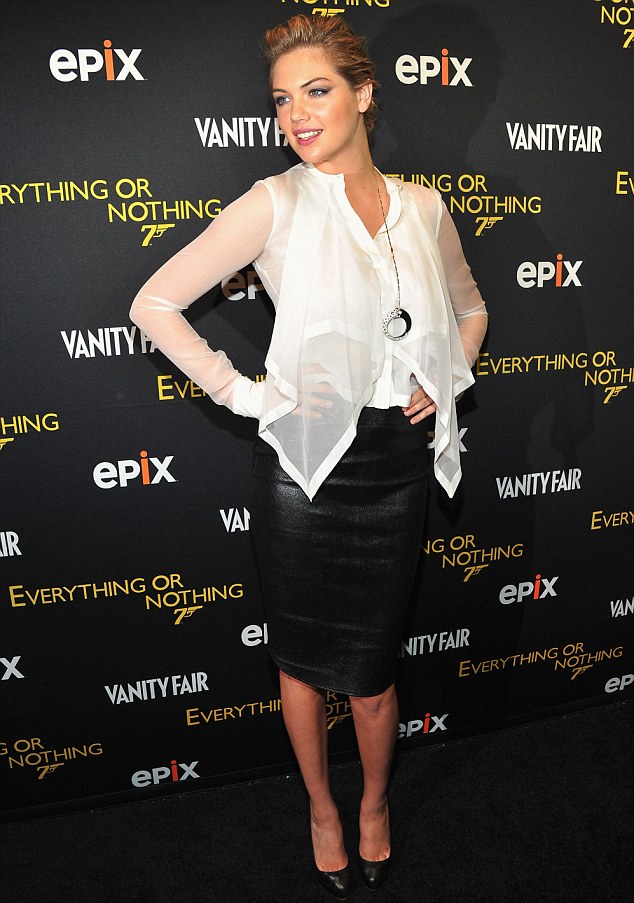 But you can’t “keep a good girl down” folks. Even covered up, Kate oozes lots of sex-appeal. All she has to do is preen and pose and flash that sexy smile of hers and the sex-goddess is back in full force. Afterall, it’s no secret as to what’s under the prim and proper façade. Enough said and moving on…..

The 007 premiere focuses on the greatest secret agent in the world and the people behind the creation of the iconic figure. Film producers Albert R. Broccoli and Harry Salzman took center stage as creators and Ian Fleming as the man who wrote the spy series and gave it life. Other attendees at the premiere were Sex in the City’s Mr Big, oops we meant, Chris Noth looking dapper as usual. Sports Illustrated model Julie Henderson was also present and rocked in a purple number and Albanian model, Angela Martini amped up the sex appeal stakes in a tight lacy black dress.

A good turn-out, a memorable premiere and a toned-down Kate Upton. What more could we ask for? We know guys, but not going there. 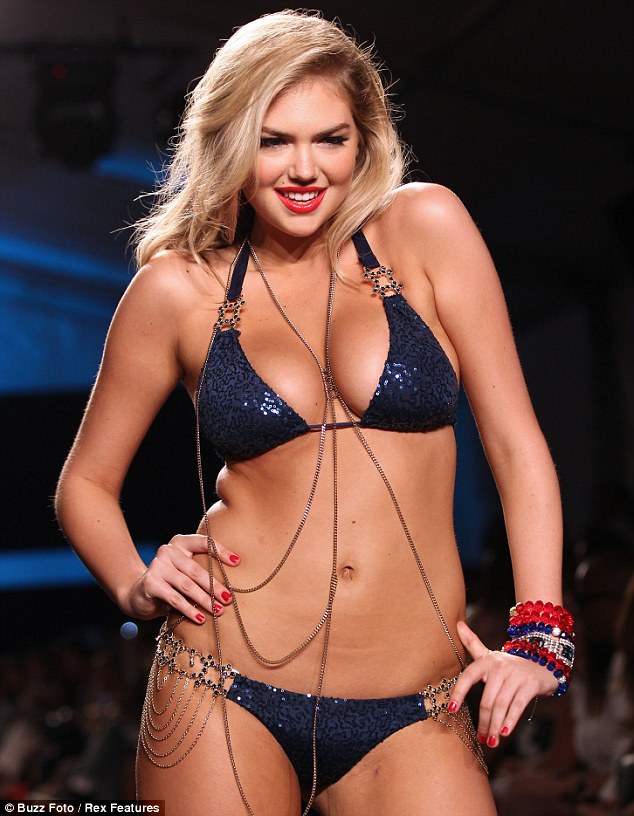 By
T. J. Mueller
Share Me
#Tags Sports Illustraded Model Kate Upton Premiere 007 Untold Story
+ Report an error
Ready for the next big name?
A central authority for the fashion and luxury industry. Since 1998.