Looks like she is on a roll now. We haven’t heard much of the world’s first “self-proclaimed supermodel” for about two weeks and now, she’s made the news two days in a row. How’s that for attention-hogging? But, the lady knows how to do it right folks. If you want to grab attention, then do it well and that is what she did. 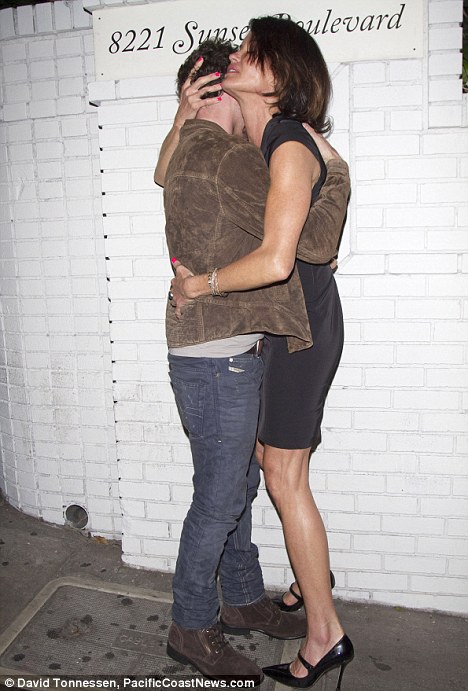 Janice took to the driveway of Hollywood’s famous Chateau Marmont hotel with adult movie star James Deen and the two decided to show lookers-on how it’s done. A raunchy kiss, that is. They locked lips and carried on for a few minutes, long enough for the cameras to start snapping these pictures of them. Looked like Janice was still wearing the same black dress from yesterday morning where she was captured looking bleary-eyed as she went for coffee. But the guess is, the coffee must have kicked in judging from the steamy show they put on.

Her compardre in crime, Deen, will be starring in the forthcoming film, “The Canyons,” next to Lindsay Lohan who has had troubles of her own lately. It is rumored that Ms Lohan has been banned from entering the premises of The Chateau for unpaid bills which amount to more than 29,000 pounds. Lindsay, as we know has been battling her addiction to drugs and alcohol.

Coming back to Janice, the world’s first self-proclaimed supermodel seemed to be caught up in the moment as she nuzzled Deen’s face into her neck and smooched up a storm. As we said at the beginning, the lady knows how to grab the limelight and to keep it on her but unfortunately it seems only by going half-naked or by putting on raunchy displays of affection. 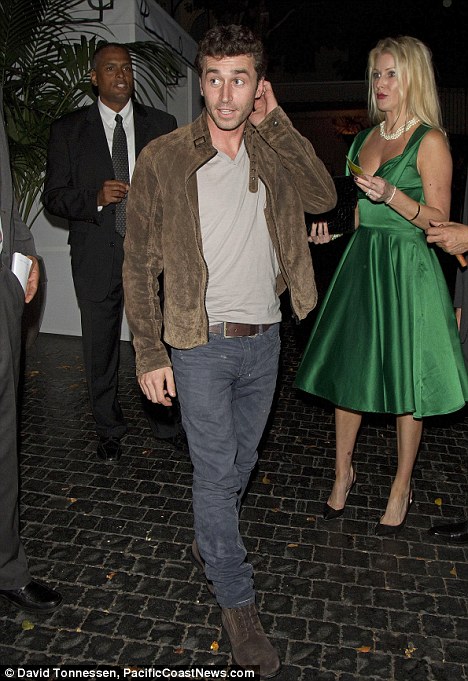 By
T. J. Mueller
Share Me
#Tags Supermodel Janice Dickinson kissing Chateau Mormont James Deen
+ Report an error
Ready for the next big name?
A central authority for the fashion and luxury industry. Since 1998.