She is a plastic surgery devotee who had her first procedure 17 years ago and remains as big a fan as ever.
While many people may criticise her unnatural appearance Janice Dickinson is adamant she has â€˜no regretsâ€™ about her considerable plastic surgery which includes, a tummy tuck, a neck lift, several facelifts, Botox, liposuction, breast implants and skin peels.
The self styled â€˜worldâ€™s first supermodelâ€™ allowed cameras into the treatment room as she underwent Botox treatment recently, in her relentless bid to maintain her model looks.
The former â€˜Iâ€™m a Celebrity Get Me Out of Hereâ€™ star appeared in ABCâ€™s special Celebrity Plastic Surgery: Gone too far and is seen defending cosmetic enhancements.
55-year-old Janice denies that she is a plastic surgery addict and claims: â€˜Surgery is good for youâ€™
She is quick to reassure viewers that she can still form facial expressions and is seen pulling a contorted face to the camera saying: â€œSee everybody? I can still move my face!â€™
In 2007 she sensationally claimed to have slept with 1,000 men and she is as open about her surgery as she is about her sexual conquests.
During the programme viewers are treated to clips of her having Botox around her chin and around the eye area. 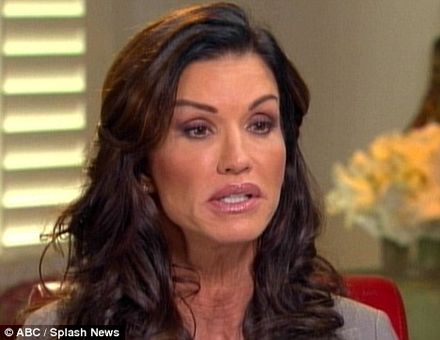 She criticises other celebrities who donâ€™t admit to having work done and said: â€˜I've done just about as much as every other actress and model out there. I'm just willing to talk about it. Trust me, I'm not going to name any names but they know who they are.â€™
Speaking about her considerable surgery she tells the show: â€˜I have any regrets I really donâ€™t.â€™
As well as being a plastic surgery fanatic Janice has spoken frequently of her hedonistic lifestyle as a young model.
The party girl lifestyle of her youth led to Janice bedding a long list of high profile celebrities including Sylvester Stallone, she has claimed.
Whilst Janice is quick to rule out an addiction to plastic surgery she has admitted to succumbing to the dependence of other vices.
Earlier this year the mother-of-two was treated by Dr Drew Pinsky on his reality show, Celebrity Rehab for addiction to prescription painkillers. 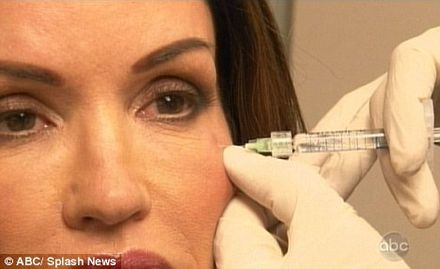