As a former Victoria's Secret model Gisele Bundchen is no stranger to baring her body.
So it's little wonder the 30-year-old looked completely at ease as she paraded around the streets of St Barts yesterday in a rather daring outfit.
The mother of one was snapped wandering around the rustic Carribean village in a decidedly skimpy pair of hotpants, a vest top and jacket. 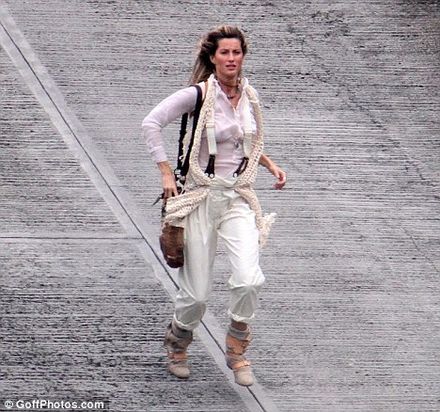 The Brazilian beauty posed against a stone wall wearing some super short shorts and a loose fitting white vest top layered with a heavy looking safari style jacket for one shot.
For another she layered white trousers with a pink shirt and scarf with a knit sweater tied around her waist as she ran down a cobbled street.
Despite the loose fitting and floaty clothing Gisele is looking thinner than ever.
It was announced this week that the model is set to make her debut on a new stage next year as the star in one of Rio de Janeiro's Carnival parades. 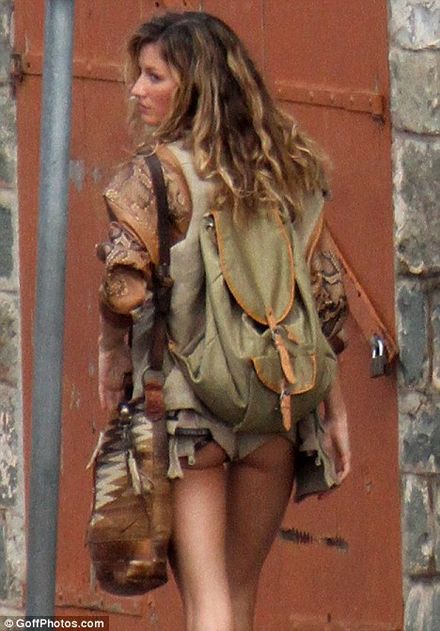 The directors of Unidos de Vila Isabel samba group told G1, Globo TV's Web site, that Bundchen has just accepted their invitation to appear in their parade. Her costume and float have not been decided yet. 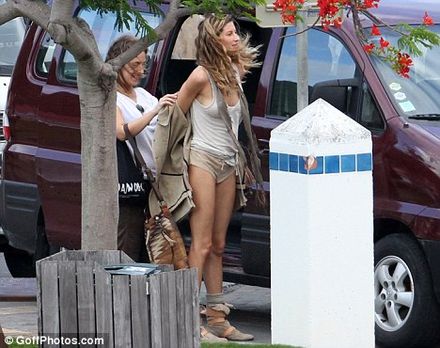 Brazil's 2011 Carnival will fall in the second week of March. Samba groups spend up to $5 million each on their parades, competing fiercely for first place and the attention of millions.
Unidos de Vila Isabel came in fourth in this year's competition.
The Brazilian model is married to U.S. football player Tom Brady who is back in the US over the Thanksgiving holiday as his team the New England Patriots have a game against the Detroit Lions.
Read more: dailymail.co.uk
Share Me
+ Report an error
Ready for the next big name?
A central authority for the fashion and luxury industry. Since 1998.