Emily Ratajkowski has launched her own swimwear line, Inamorata.

The 26-year-old model and actress knows like no other how good swimwear should look like and decided to create her own line.

In order to design the line, Emily put her years of experience in wearing the pieces. 'My waist, and for women in general, that is the thing that you want to accentuate the most, and sometimes it can be really hard,' she told vogue.com. 'In a one-piece, there is nothing that is cinching your waist, so it was important to have something that was flattering in that way.'

As for her inspiration behind the line, the California-based self proclaimed 'beach baby' shared that she was looking at an old Sports Illustrated from the 70s and there was a painted swimsuit on a model's body which was belted, something she became obsessed with. 'There was a picture of Stephanie Seymour in Sports Illustrated where she has three or four [bows], and it was actually in the back,' she added. 'I thought that was so pretty and such a nice way to show the figure. I loved the idea of turning it around.'

The debut collection from Inamorata is now available online, with prices ranging from $75 to $80 for separate pieces to $160 for one-pieces. 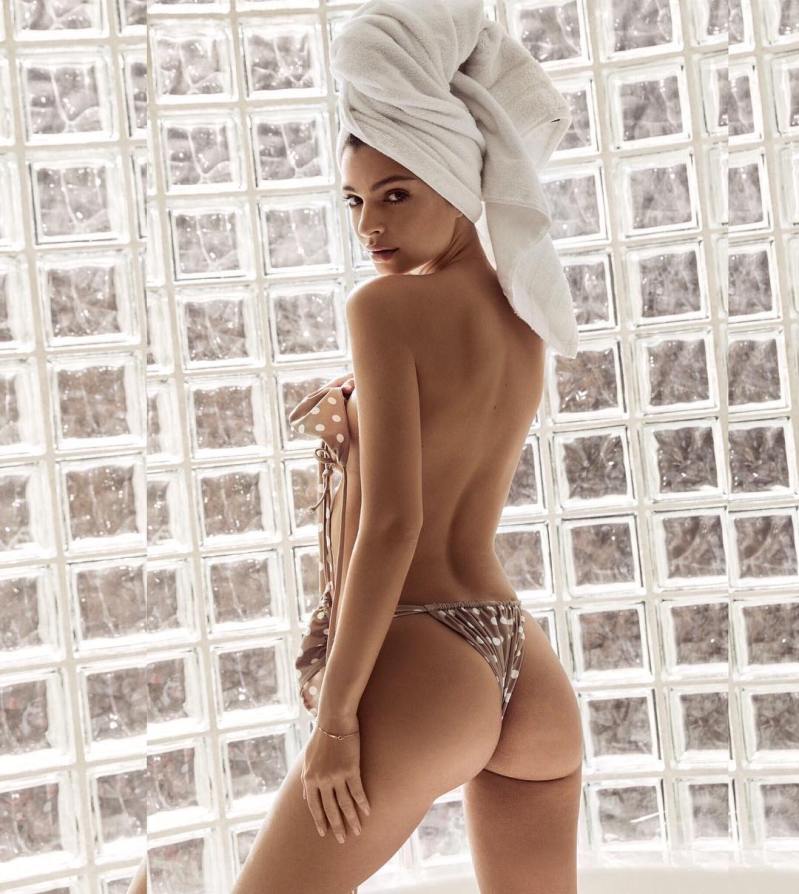 Share Me
#Tags Shopping swimsuits fashion swimwear models News Emily Ratajkowski Fashion News
+ Report an error
Ready for the next big name?
A central authority for the fashion and luxury industry. Since 1998.