Being surrounded by beautiful young models would be enough to send many a forty-something woman running for a dark corner.
But Elle Macpherson decided to make sure the spotlight stayed firmly on her.
The mother-of-two squeezed into a pair of eye-wateringly tight PVC trousers for the launch party for the new series of the TV reality show Britain's Next Top Model. 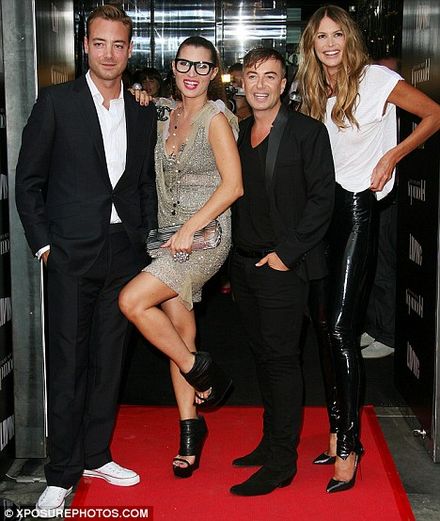 At 47, she showed no sign of losing the slender figure and long legs that earned her the nickname 'The Body' - and reminded the show's 25 aspiring young models exactly what it takes to make it in the industry.
Miss Macpherson teamed the wet-look trousers, from Karl Lagerfeld's forthcoming autumn/winter collection, with a loose-fitting white t-shirt and a pair of black Christian Louboutin heels.
The Australian star said: 'We are born with our genes but how we present that is up to us. That's why I work better than I did 30 years ago.
'I still have the same genetics but I've changed as a woman. I am more confident in my body now and I am more confident being me. I do think it is something you can learn.'
Perhaps she proved that age also brings wisdom when it comes to fashion. 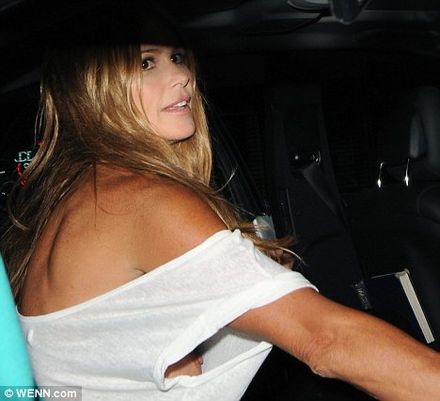