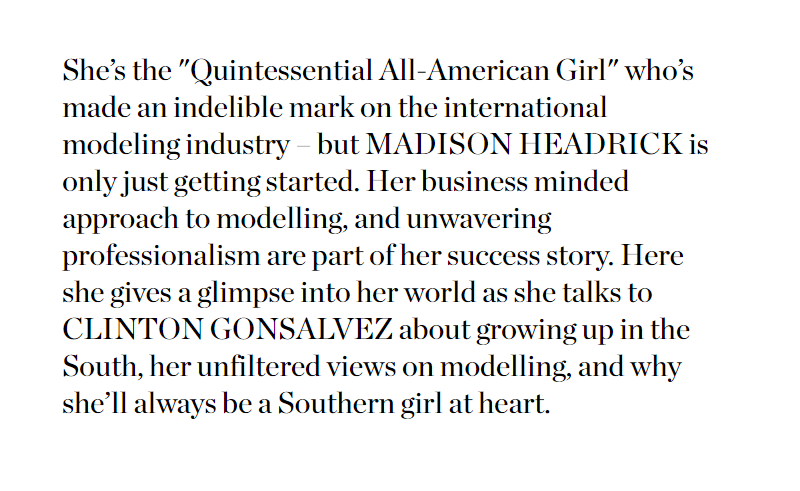 Given the trajectory of her career, after eight years in the business, Headrick is at the top of her game. She has modeled for everyone from Prada to Alexandre Vauthier and recently landed 3 covers of Harper's Bazaar Serbia's October issue. While she may be just 25, her intelligence wit and outspokenness transcends her years. Her reputation in the industry calls out not just her extraordinary beauty, but her impressive, unwavering work ethic, and confidence is what sets her apart and has won her fans and top clients.

By her own admission, Headrick always thought that she would become a broadcast journalist, ideally, the next Erin Andrews on the sidelines of football games interviewing the players and coaches. "One of my childhood inspirations was Erin Andrews," she says. "I really started looking up to her in my teenage years. She spoke very well on camera and knew everything about sports, and I longed to be her. I studied broadcast journalism in school and was even on my high school's weekly TV show." 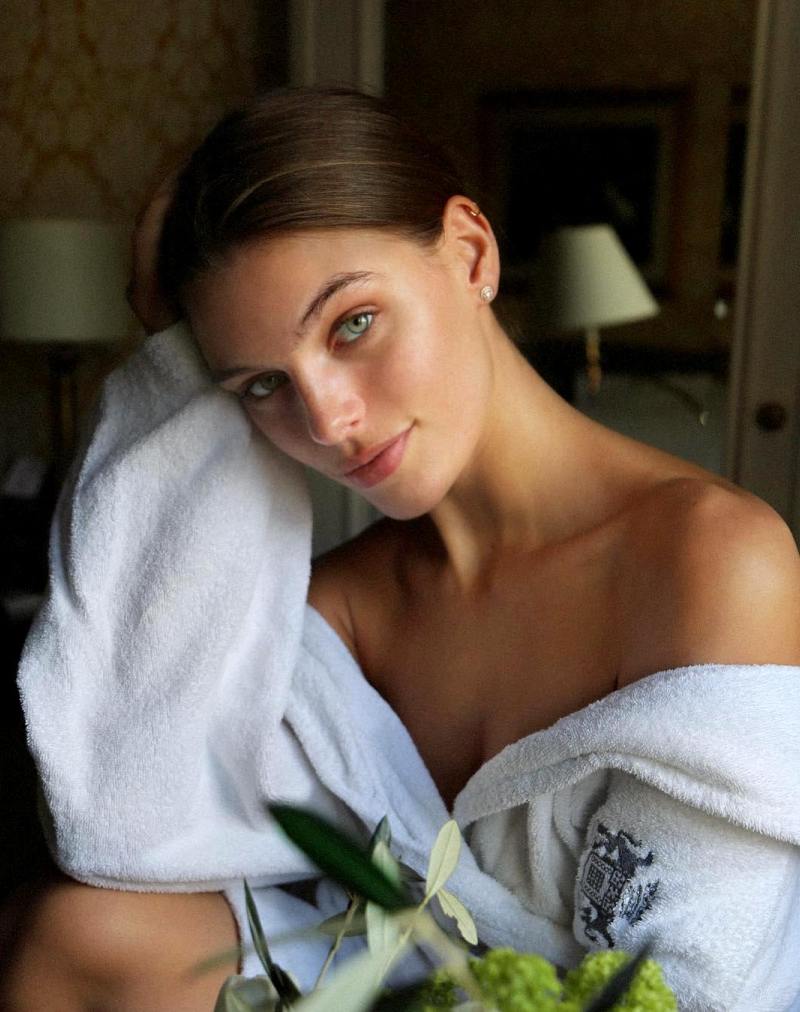 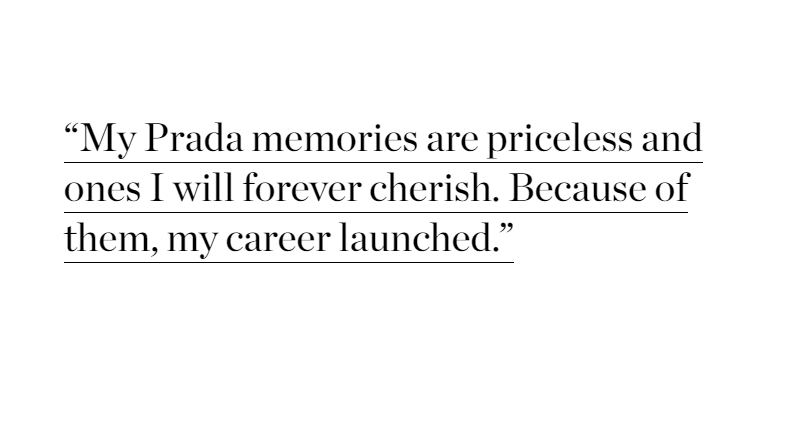 As Models go, Headrick is virtually without airs. Being on the move has been a feature of her life. Born in Charlotte, North Carolina in a very Southern, very down-to-earth family she moved around a lot due to her father's job and lived in Georgia, North Carolina, and South Carolina. It was a happy childhood, and as a kid, she was really into sports playing everything under the moon: soccer, basketball but her favorite was competitive cheerleading. "I loved being part of a team, making friends with others who also enjoyed the love of sports, and it taught me a lot about life" she explains. "It taught me discipline and how to work hard but most importantly, how to work well with others. The passion and adrenaline is what attracted me to it."

Scouted by Tony Perkins, she signed with Vision in L.A. at 16. As she was still in high school, she didn't begin modeling. "I promised my dad that I would finish school and go to college," she explains. "I studied really hard and graduated a semester early, the last week of January." Later she signed with Marilyn and soon went on to debut as an exclusive for Prada's Fall 2012 show in Milan which she counts as one of her catwalk highlights. "I was really excited and entirely grateful. I was also extremely nervous being given such a big opportunity," Headrick recalls. "The whole experience felt like a dream come true...it was my first and it was an adrenaline rush like no other and one I will never forget." 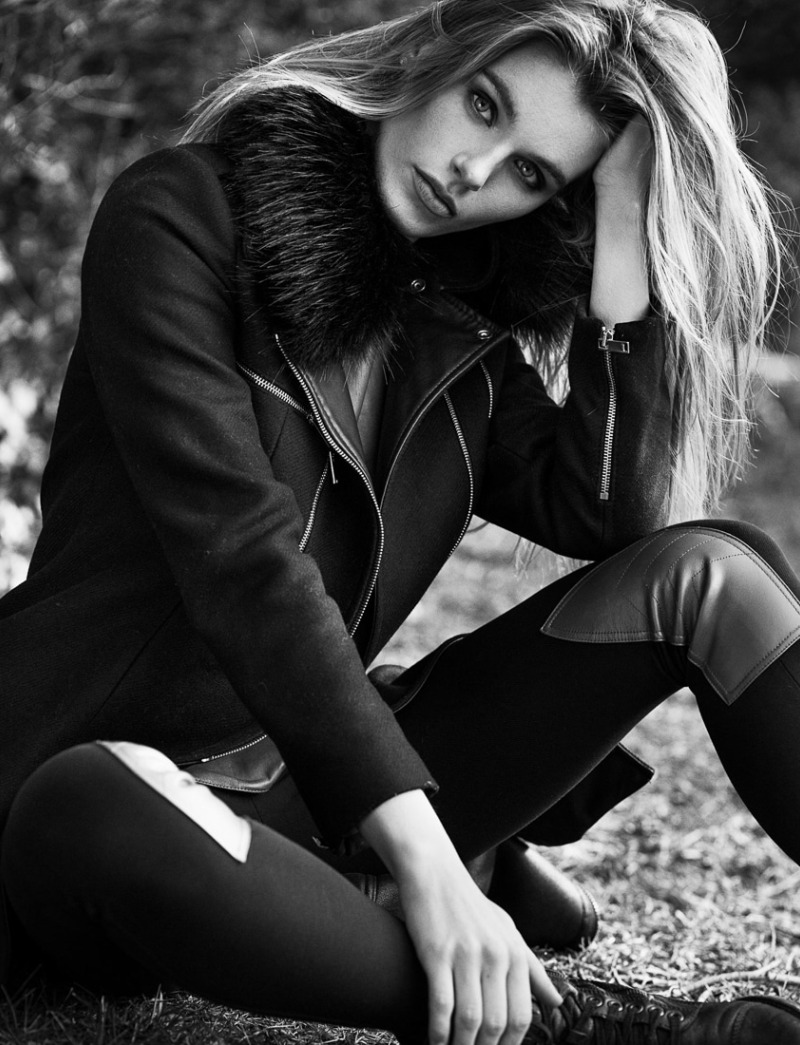 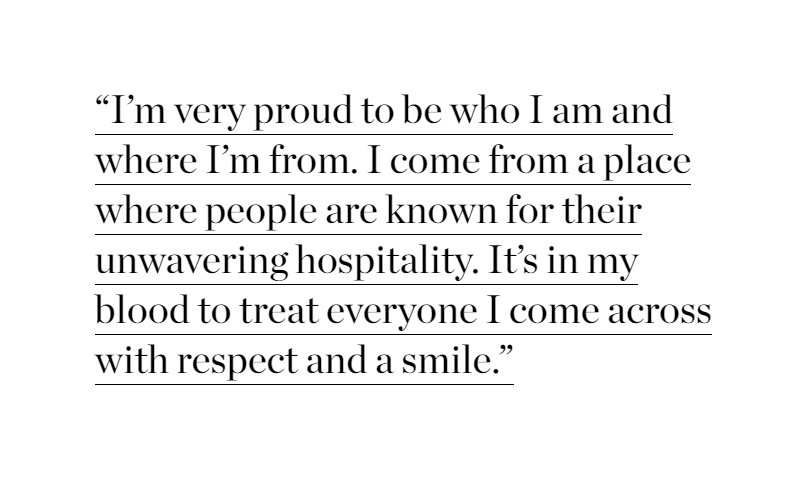 Not long after, she landed Prada's Fall 2012 ad campaign lensed by Steven Meisel, thereby cementing her status. "It was nothing short of extraordinary. I felt like an actress on the set of the next best film," she animatedly reminisces. "My Prada memories are priceless and ones I will forever cherish. Because of them, my career launched." Galvanized and in high demand what followed thereafter was a slew of editorial appearances for Vogue Italia, British Vogue, Interview, as well as campaigns for Prada and Calvin Klein.

As a model Headrick definitely knows the importance of having glowing, natural skin and is forthcoming about her beauty routine. "A mix between Drunk Elephant products and Biologique Recherche products," she reveals. "For masks, I use 111Skin. To look fresh before a shoot, I use 111Skin rose gold brightening mask followed by their celestial black diamond eye mask." Since she's been working in Fashion her own personal style has changed. "I've fallen in love with the creativeness and fit of clothes. I've learned what clothes/styles/fit look best on me, so my wardrobe has completely changed." 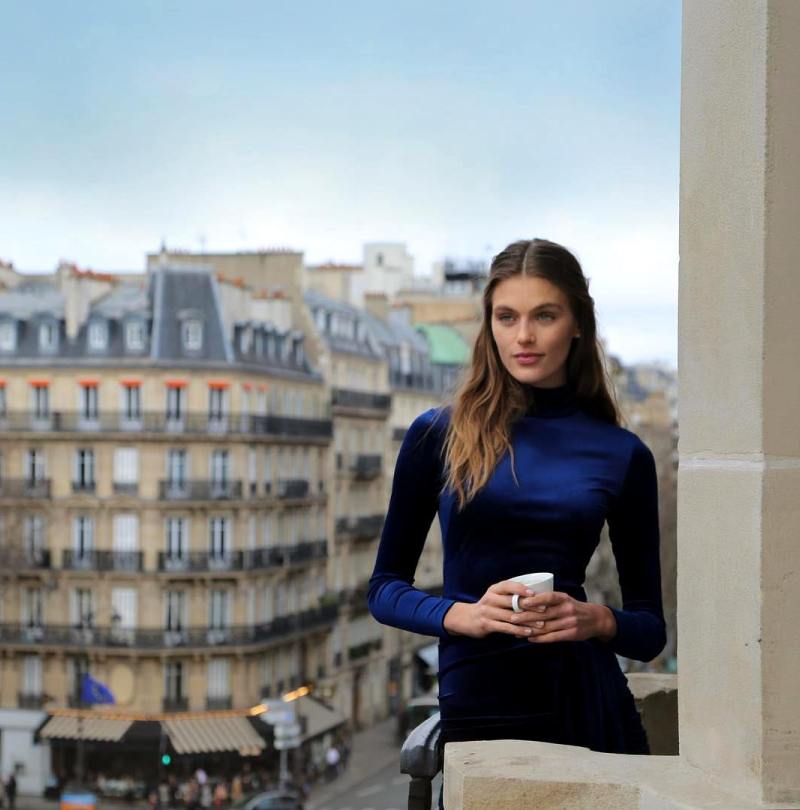 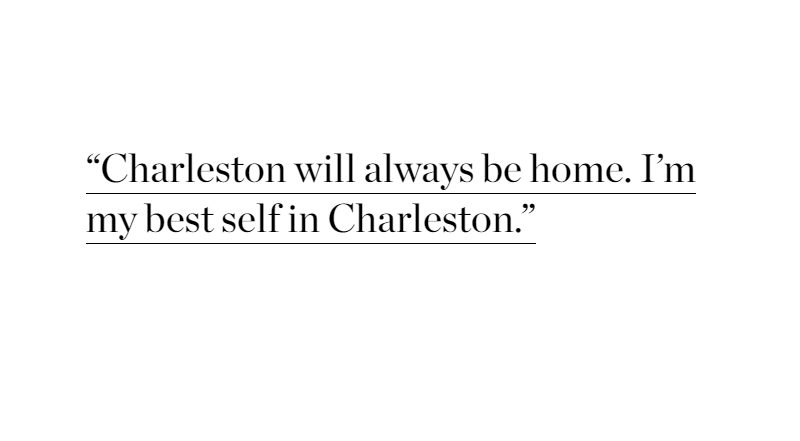 Not one to conform to convention she describes her use of social media as authentic. "Everyone's Instagram looks the same and I don't find it interesting anymore. I follow people who inspire me or make me laugh but the accounts of people who pretend to be perfect is overrated,' she admits. "I'm very passionate about health, wellness, and skincare so I try to portray that more with social media, especially with my YouTube channel."


Since her modeling career took off Headrick moved to New York and is home for now. In the beginning, however, it was a challenge to adjust to the frenetic pace of the city. Her first impression of New York was that it was cold: "Charleston is very slow-paced and laid back so coming to NY, was a complete culture shock for me," she says incredulously. "It took a long time for me to adjust but now I've fallen in love with this city and couldn't imagine ever leaving. 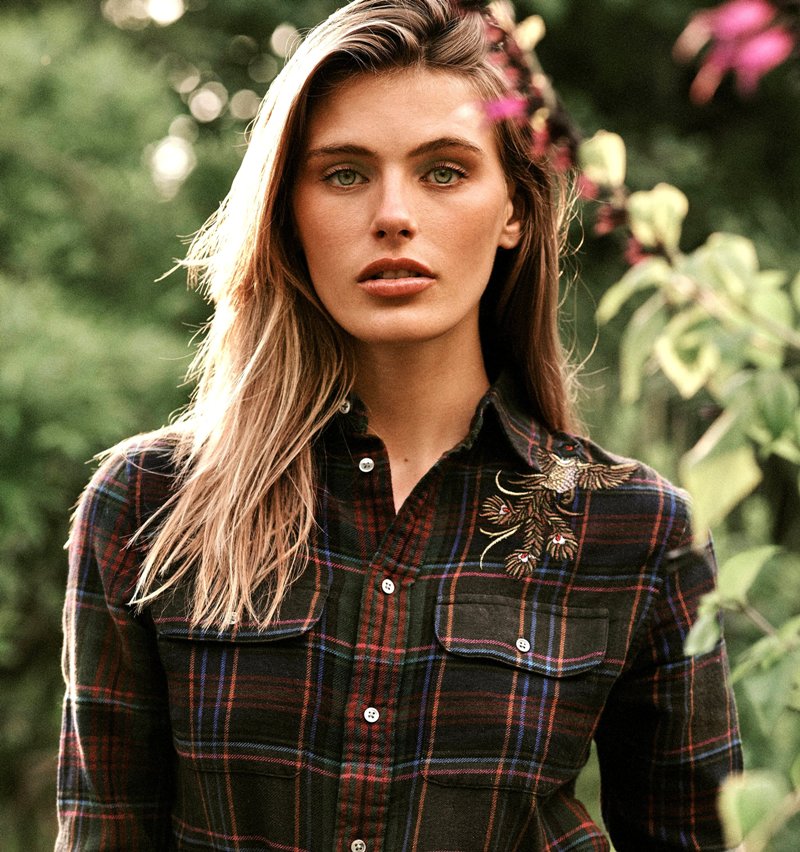 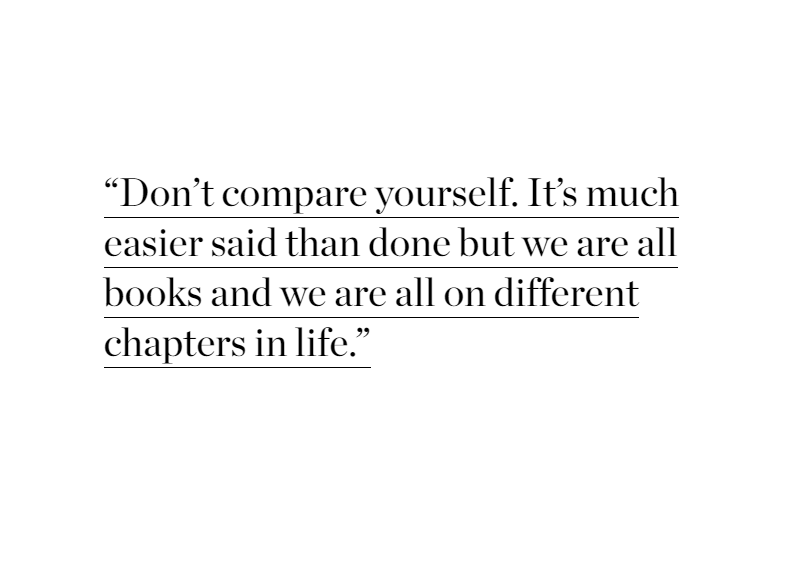 Interestingly, there's a mantra that Headrick subscribes to: "Live life deliberately". For someone genuinely impassioned as she, the sky's the limit. The all American beauty represents a new generation of modeling and is both muse and marker for her generation: "I represent more than just a model; I'm an ambassador for charities, I'm a traveler, I'm a certified Health Coach, I'm a dreamer, I'm a hard worker, I'm a granddaughter, a daughter, a sister, a girlfriend, a Bulldog mom, and a Southern belle trying to make a difference; even if that means just putting a smile on someone's face." 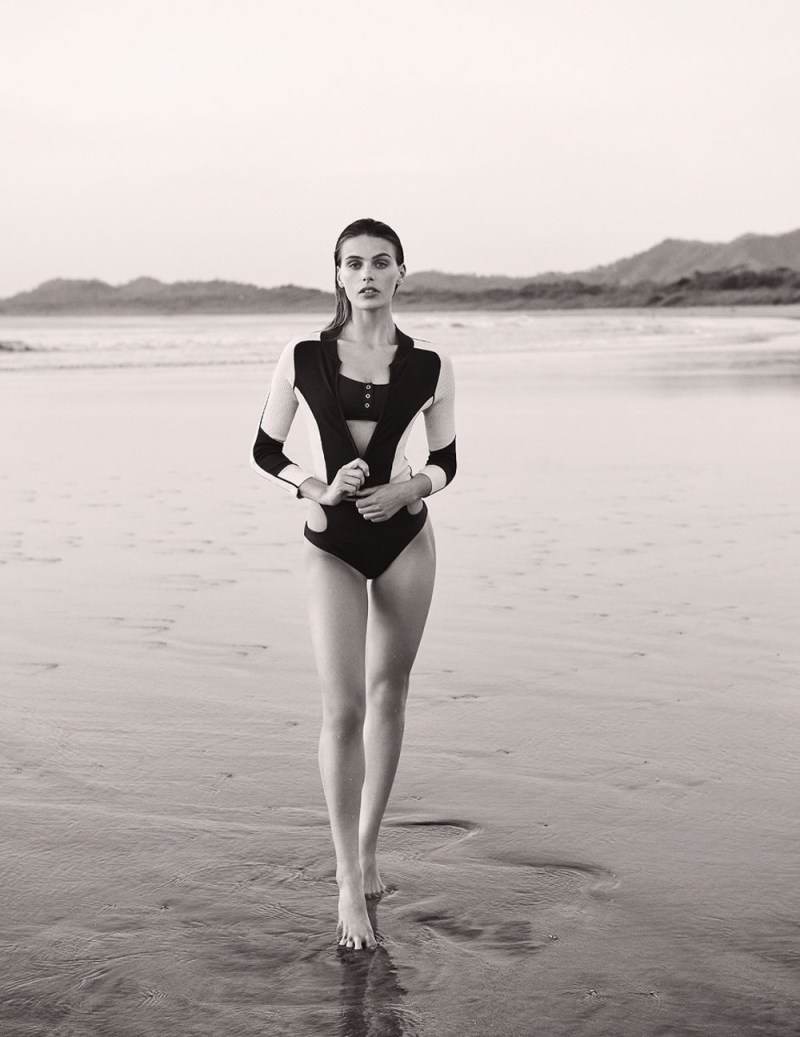 Share Me
#Tags Model Of The Month Biography American Models Cover Stories Madison Headrick
+ Report an error
Ready for the next big name?
A central authority for the fashion and luxury industry. Since 1998.