Antonia Wesseloh is a Leo and everything you hope she will be: instantly likable with venti levels of cheeriness. It's difficult not to draw comparisons between the 24-year-old and the sign most renowned for its stability, loyalty, and consistency. Wesseloh is one of fashion's most refreshing stars to talk to and her otherworldly beauty is unmistakable.

Fashion could not have been further from her thoughts. Not that Wesseloh became a model because she coveted the lifestyle. This all began, as she tells it when she was fourteen years old and she decided she was old enough to apply to all the modeling and acting agencies. "So, I just sent out like five applications and only got one response. I was pretty lucky because it all started to become very serious once I signed the contract," she explains.

We discuss growing up and letting loose, and the responsibility that comes with that transition, and it seems clear that Wesseloh has lots to narrate. As our interview progresses, I'm impressed to discover that growing up she was into riding horses and wanted to be a trainer. "My biggest wish was having my own horseback then. I even said to my grandpa once 'my future husband needs to love horses. I will never stop riding because of boys' because he told me that I will once won't have time for a horse anymore," she recalls animatedly. Would she want to work with Meisel again? "Definitely, without a doubt. No need to explain." 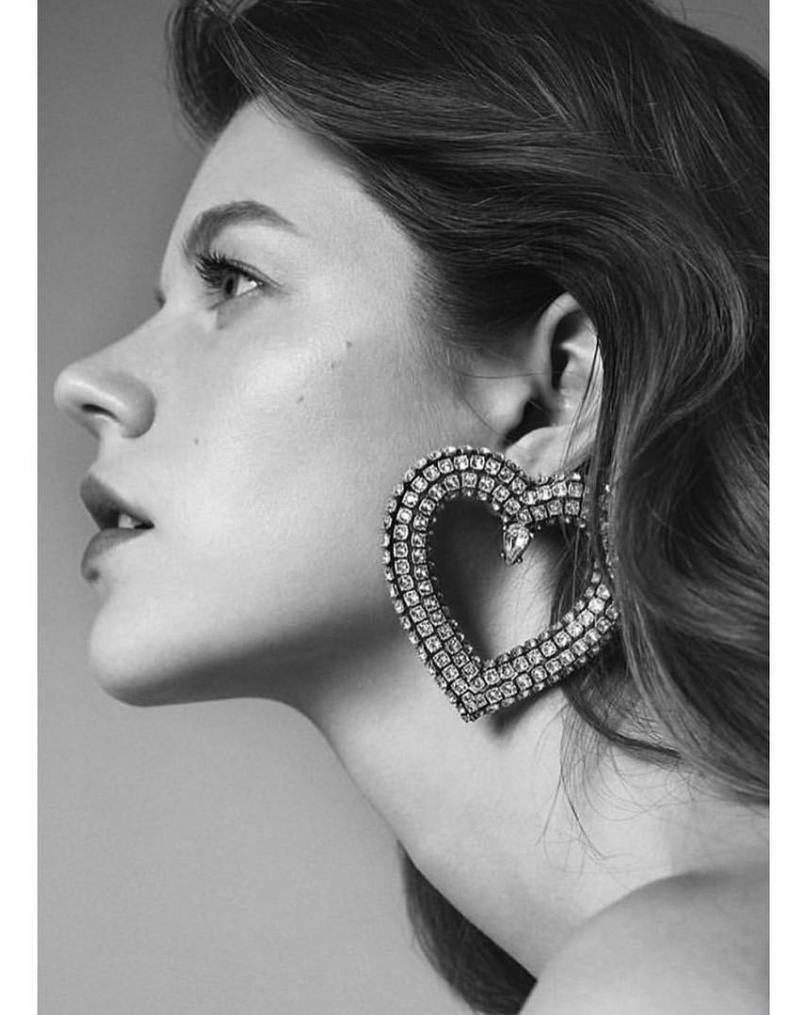 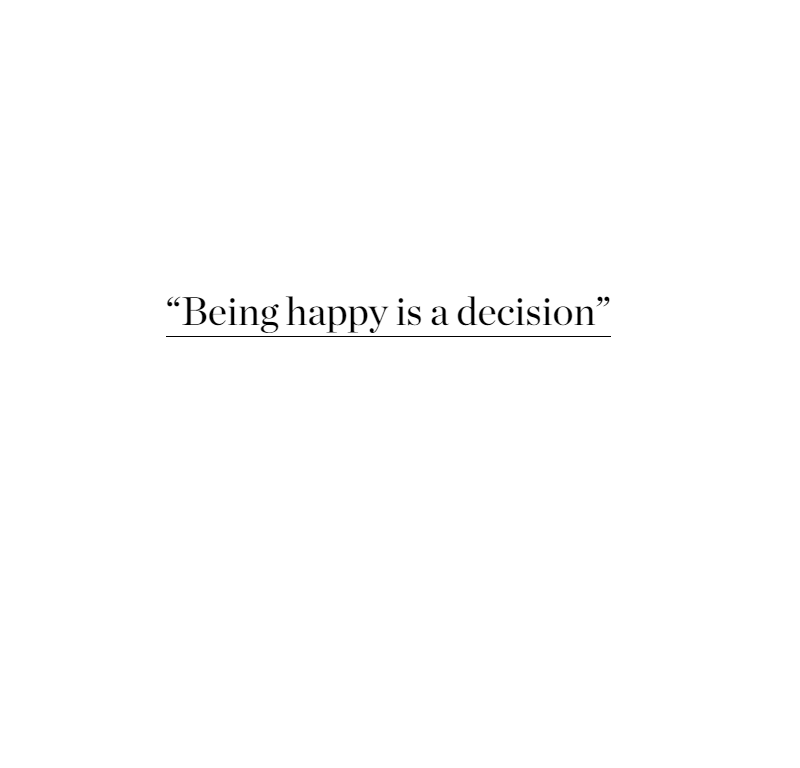 Nevertheless, what followed thereafter is anybody's guess. By the age of 15, Wesseloh made her stunning debut during Berlin Fashion Week for Escada's Fall/Winter 2011 show but gained recognition from walking for Prada during her debut season at the Spring/Summer 2012. She continued her streak and racked up 45 runway appearances during the ensuing Fall/Winter 2012 season.

With her distinctive widows' peak hairline, husky blue eyes, and porcelain complexion Wesseloh made an indelible mark on the international modeling industry and became one of the runway's most intriguing faces whose angelic beauty and versatility cannot be denied. Casting directors tap her for precisely those facets. "Antonia convinces with her polite and positive attitude. She is very professional and has an open mind," says Mirja Wiegard @ Le Management (Hamburg), Germany. "But being a model is not enough for Antonia. While traveling between Paris, London and New York, Antonia studies Psychology in Hamburg. She is ambitious and always curious about new things - only aiming for the highest." 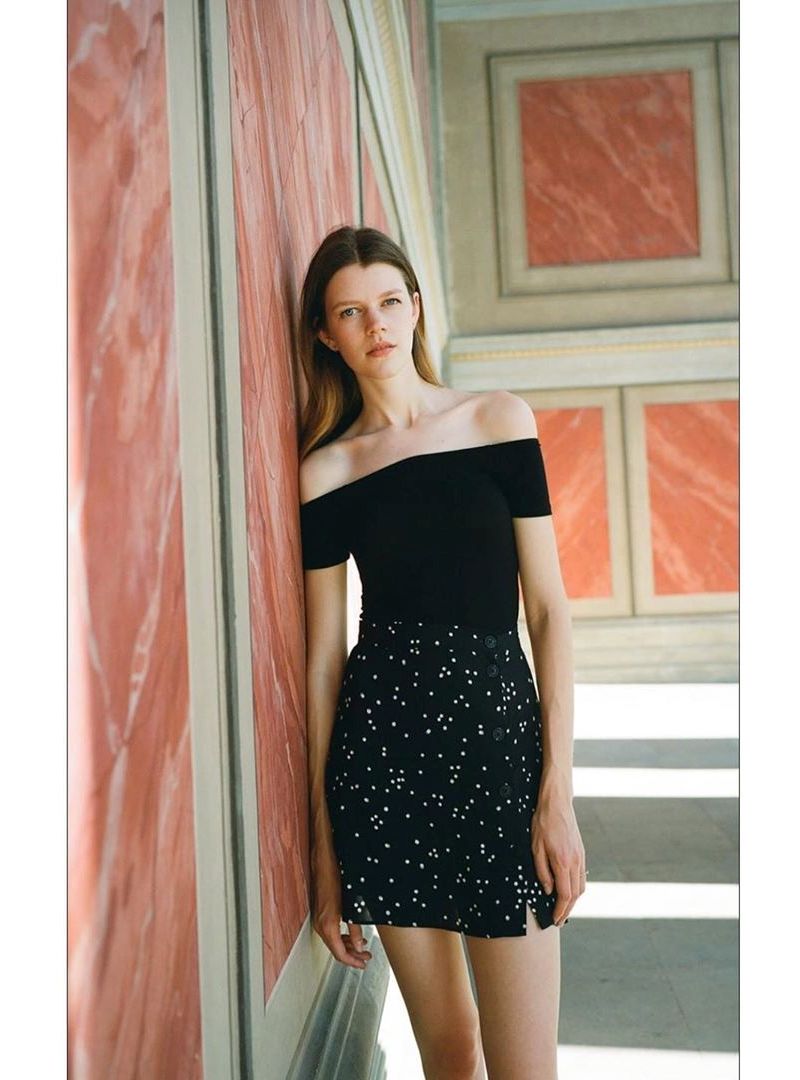 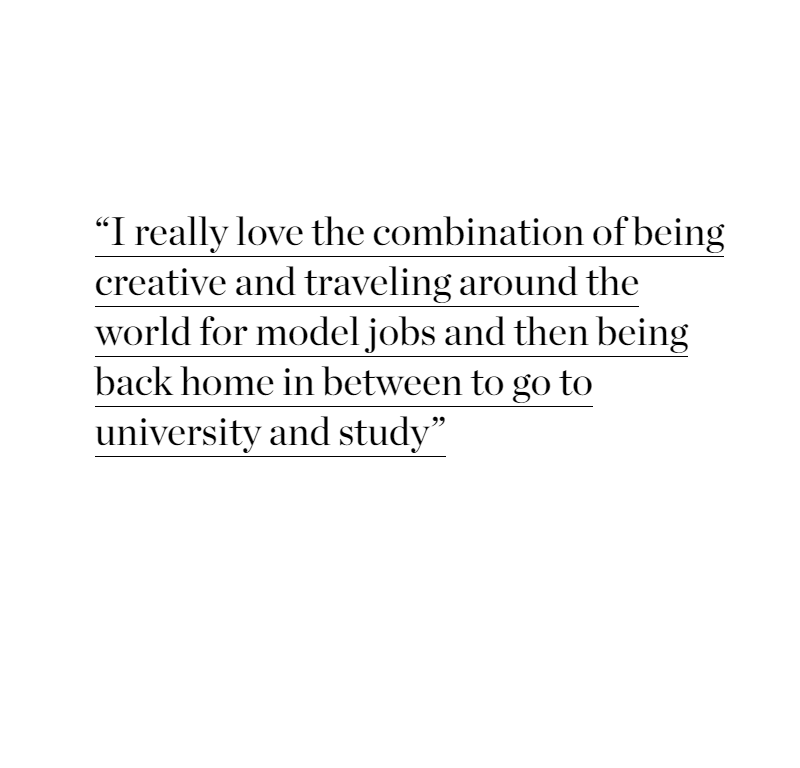 She animatedly reminisces on some of her career moments, such as the Chanel shows in Singapore and Tokyo and her sensational appearance in the Fall/Winter 2011 Prada campaign shot by Meisel alongside Ondria Hardin, Kelly Mittendorf, and Frida Gustavsson. "It was amazing. I went to New York for this and it was a dream come true." These days her career trajectory is more pragmatic - in the commercial direction though she's still booked occasionally for magazine shoots and artistic editorials. "I cannot say exactly why, but probably because I've gotten older and look more feminine than before," she speculates.

When I ask about how Fashion has empowered her, Wesseloh answers with certainty. "It has empowered me by showing me what I want in life and whatnot. It is very important to be aware of that," she says. She finds travel to be the most exciting aspect of being a model: "I get to travel to so many different countries and cities. When I started, I was so excited to get on a plane again because we never went to different countries for a holiday or anything. And I get to live a life that I have dreamt of as a little girl. Not only because of the modeling itself but because it changed the way I am, the way I live and what I do in so many different ways."

One thing is immediately clear - in person, the Hamburg native a curious mix: confident, self-aware, full of opinions and observations, returning every question without a moment's hesitation. She speaks with a wisdom which makes it hard not to notice how her intellect and maturity transcends her years. 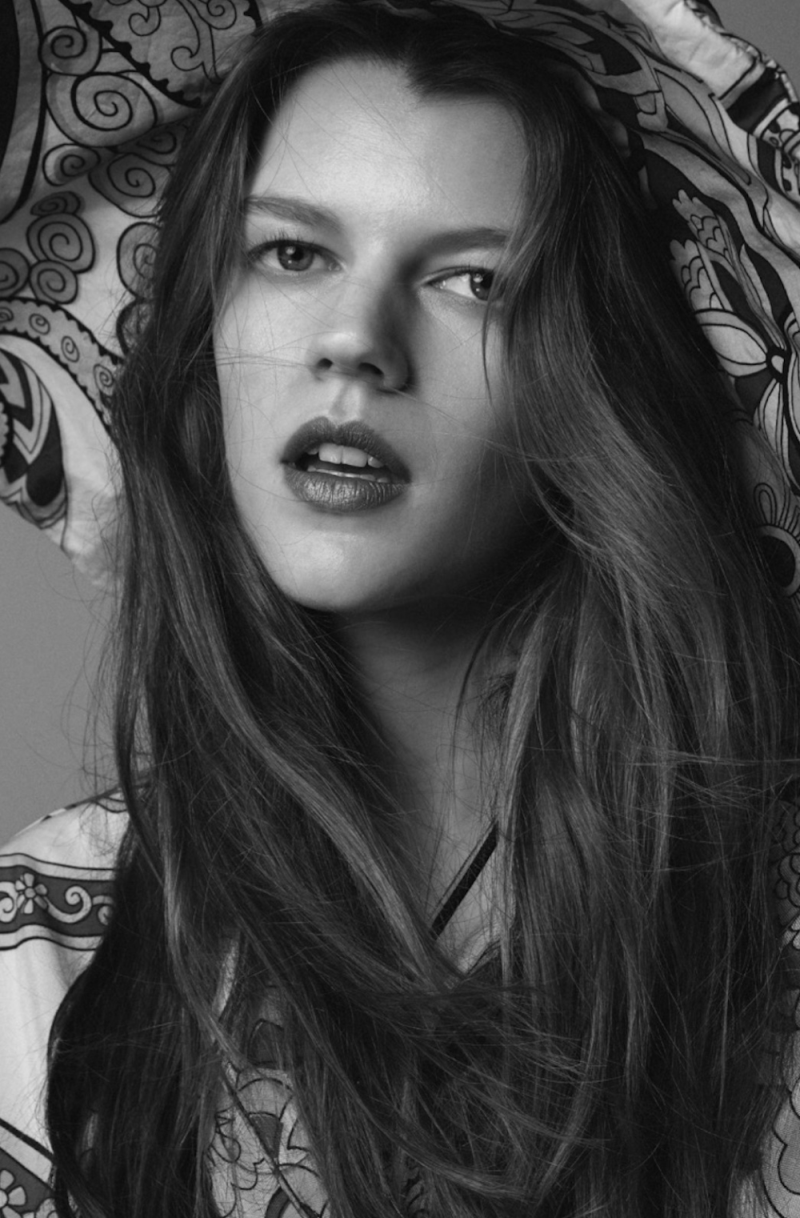 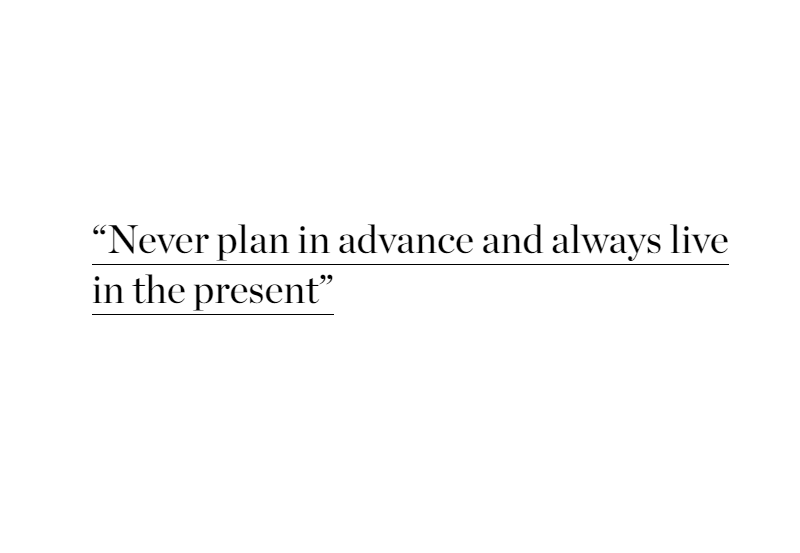 Eight years in, Wesseloh's passion for studies and is unabated. She strikes a balance the between family and work which is why when she's not busy modeling some of the favorite things she does include 'Spending time with her family and friends, riding horses, playing with her Maltese dog, going on vacation with her fiance and studying psychology which she enjoys most of all. Otherwise, what has she been up to? "I'm almost through my bachelor's degree and recently did an internship and want to focus more on my modeling career and use the time between undergraduate and graduate studies to get started again," she says.

It's interesting to watch Wesseloh walk the line between Fashion and Psychology. After all, she has been in a very particular spot in the fashion panoply since her debut with countless high-fashion campaigns and shows on the international circuit. Despite her formidable career to date, she is grounded and has no fears for the future. Living in the present is something that she is more concerned with lately. "Never plan in advance and always live in the present,' she tells me, her effervescent energy unmistakable. "It is, she admits, all about being honest".

Time is nearly up, but there's just enough to ask what's next for this Philomath? "I am studying psychology on the side and I really love the combination of being creative and traveling around the world for model jobs and then being back home in between to go to university and study," she says. And, truly, she is enjoying every minute. But it remains her side hustle, aside vacillating between modeling and graduation Wesselohs next assignment is purely private: In July 2020, she marries her fiance Robert Steinberg who is also a model. 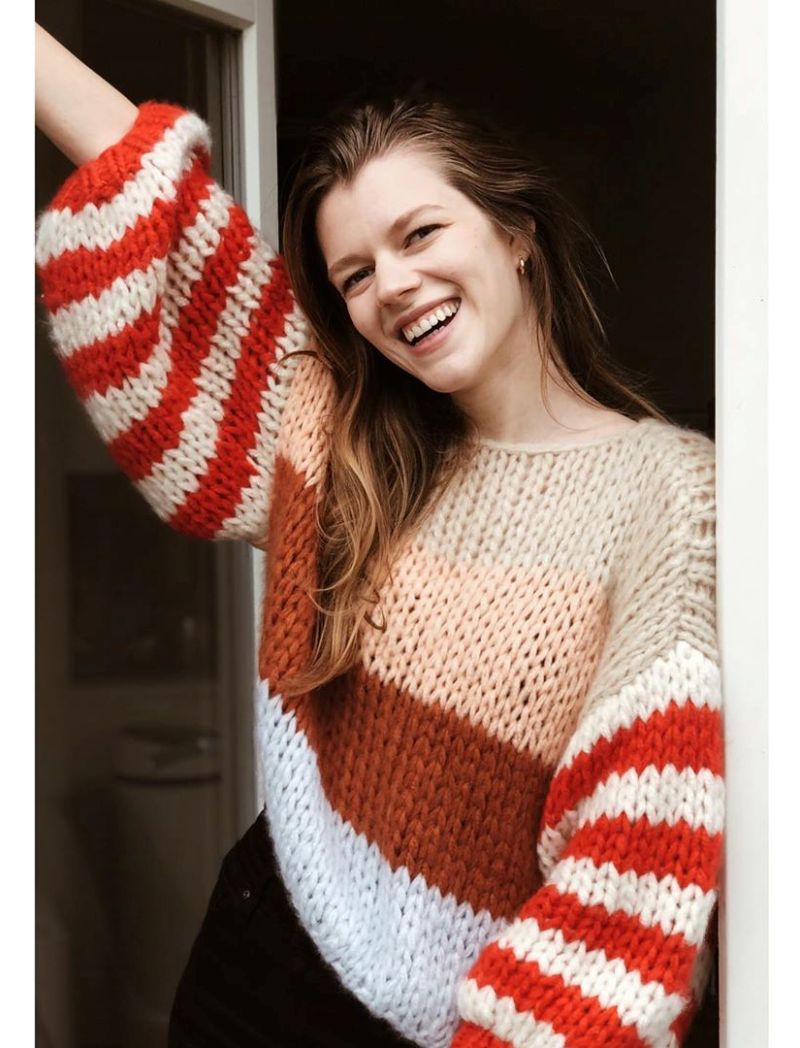 Given her penchant for going with the flow, I wonder where she sees herself in 10 years' time? "Married, with two little kids, my dog, a beautiful house or flat with amazing friends and two jobs that fulfill me," she says beaming. A great many more things lie in Antonia Wesseloh's future. We'll be watching - it's impossible not to.