The model-actress looks fierce as she sports a cleavage-baring bikini and a chocker necklace, accessorized with chains. The photo was shared by Suicide Squad director David Ayer tweeted the cover pic on Tuesday, Oct. 27 with the caption, "She's making her own rules." Earlier Ayer had shared a second look at Jared Leto's Joker which features Leto in costume. 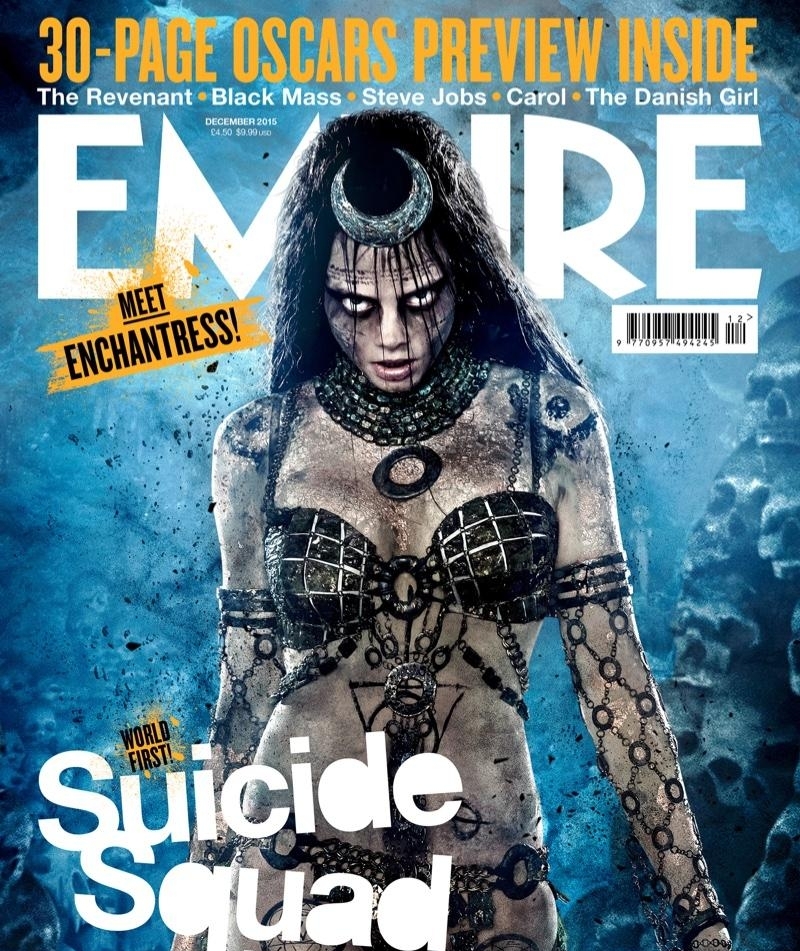 While not much is known on about Cara's character she did explain to the mag about the two characters she's playing in the movie. First, she's June Moone: "An adventure seeker who's always wanted some excitement. And she gets what she wished for, but in a terrible way. At the start of the movie she discovers a cavern and finds...something...within," and the latter "She's an ancient sorceress. A feral being. She's been trapped for so long and know she's finally let out."

What do you think of Cara as Suicide Squads 'Enchantress' ? Sound of on twitter @fmd1_com using the hashtag #lovefmd.

Share Me
#Tags Cara Delevingne Suicide Squad
+ Report an error
Ready for the next big name?
A central authority for the fashion and luxury industry. Since 1998.