The cat’s out of the bag folks. The 22-year-old California beauty, Emily Ratajkowski has become a part of the Rag & Bones ongoing D.I.Y. Project. Emily made news as the very naked star of Robin Thicke’s ‘Blurred Lines’ video which was banned from YouTube. Now, the model will be making waves again as she follows in the footsteps of fellow models, Miranda Kerr, Candice Swanepoel and Jourdan Dunn among others.

Marcus Wainwright, British co-founder of Rags & Bone had this to say about their current choice. “As a model and actress, Emily takes on roles and is given direction, but the beauty of the D.I.Y. Project is that the girl has free rein to do whatever she wants, so it was an opportunity for her to show how she sees herself.” 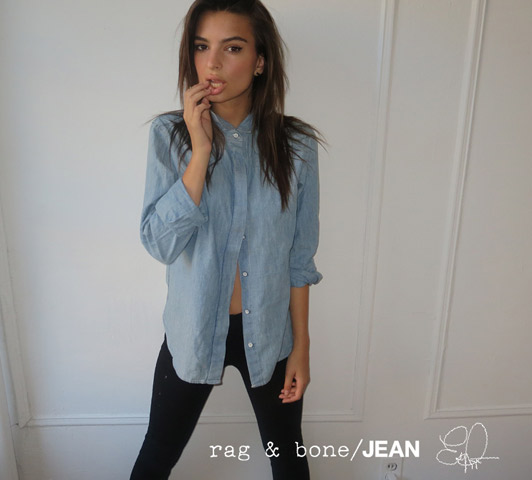 Hmmm…..’free rein to do whatever she wants’…..hopefully not a remake of the Robin Thicke video….moving on.

Emma has her sights set on an acting career as well. She has a debut movie role in David Fincher’s big screen adaptation of ‘Gone Girl’ and plays the role of mistress to lead character, Nick Dunne, played by Ben Affleck.

Coming back to the shoot for Rag & Bone. Emma enlisted the help of two friends, Jenae Wilkens and Jenna Putnam to help her shoot in her new, empty New York apartment. She said: “It’s an exciting and crazy transition time and I wanted to capture that by shooting basically in my empty apartment and around the city - it’s a fresh start.” 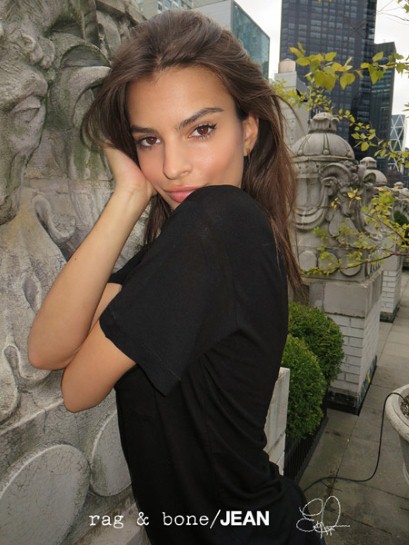 Who can forget that very naked Robin Thicke video? But then again, THAT video has catapulted Emily Ratajkowski to bigger and better things…. 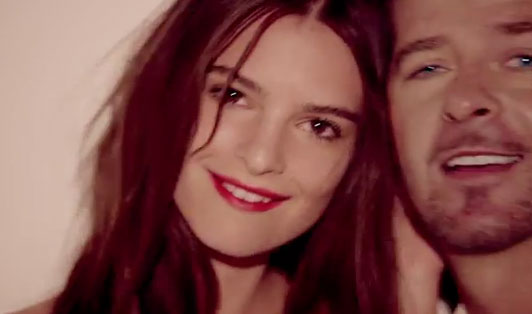 By
T. J. Mueller
Share Me
#Tags Rag &amp; Bone Emily Ratajkowski D.I.Y. Project
+ Report an error
Ready for the next big name?
A central authority for the fashion and luxury industry. Since 1998.