Singer Taylor Swift is the cover star of the September 2015 annual style issue of Vanity Fair.

Photographed by Mario Testino on location in London at the Beaufort Bar in the Savoy hotel, the statuesque pop beauty poses in a series of seductive and glamour filled images which include flaunting her long legs in a racy thigh-slit dress and stockings while in another one she poses with model Aurelien Muller.

In her accompanying interview with the glossy the 25-year-old Grammy winner reveals about the past year of her life, including her new laid-back attitude toward dating, why her female friendships trump all, and her willingness to take on tech giants.

Speaking of her bond with ever-growing squad of girls including supermodels Karlie Kloss and Gigi Hadid, and others Lena Dunham, Lorde and Selena Gomez, Taylor explains the inner sanctum of friends adding that nothing comes between them. Not even men. 'When youâ€™ve got this group of girls who need each other as much as we need each other, in this climate, when itâ€™s so hard for women to be understood and portrayed the right way in the media. . . . now more than ever we need to be good and kind to each other and not judge each otherâ€”and just because you have the same taste in men, we donâ€™t hold that against each other,' she says. Referring to Joe Jonas her first love who is currently dating Hadid, Swift jokes that there's even some overlap in the dating pool. 'We even have girls in our group who have dated the same people. It's almost like the sisterhood has such a higher place on the list of priorities for us. It's so much more important than some guy that it didn't work out with,' she notes.

Taylor who is in a relationship with Calvin Harris, spoke about her well-publicized romantic past and her philosophy about dating. 'I swore I would never ever get in another relationship if it meant changing who I was, or taking me out of that mode where my friends are everything to me,' she explains, 'That was the way that I decided to go on with my life. Not looking for anything, not necessarily being open to anything, and only being open to the idea that, if I found someone who would never try to change me, that would be the only person I could fall in love with. Because, you know, I was in love with my life.'

She also talked about the importance of finding someone who isn't critical of you. 'If you're a people pleaser, like most of us are, you try to adapt to what signals that person is giving off,' Taylor said. 'It's not about changing the fact that you're a people pleaser; it's about finding someone [to date] who is not critical. That can be the most painful thing, trying to love someone who is critical in their nature.'

As for who she idolizes the most, the Pennsylvania born star counts Oprah and Angelina Jolie as sources of inspiration. 'If you look at Oprah, she's made so many people happy over the years,' Swift said of the mogul. "She's made so much money, but she's given so much of it away... Same thing with Angelina Jolie. She's been so productive, but she's used that position to better other people's lives, and I think that's where I'd want to be."

Head over to Vanity Fair's site to read the full interview. Meanwhile check out some pics from the shoot below and sound of on twitter @fmd1_com using the hashtag #lovefmd. 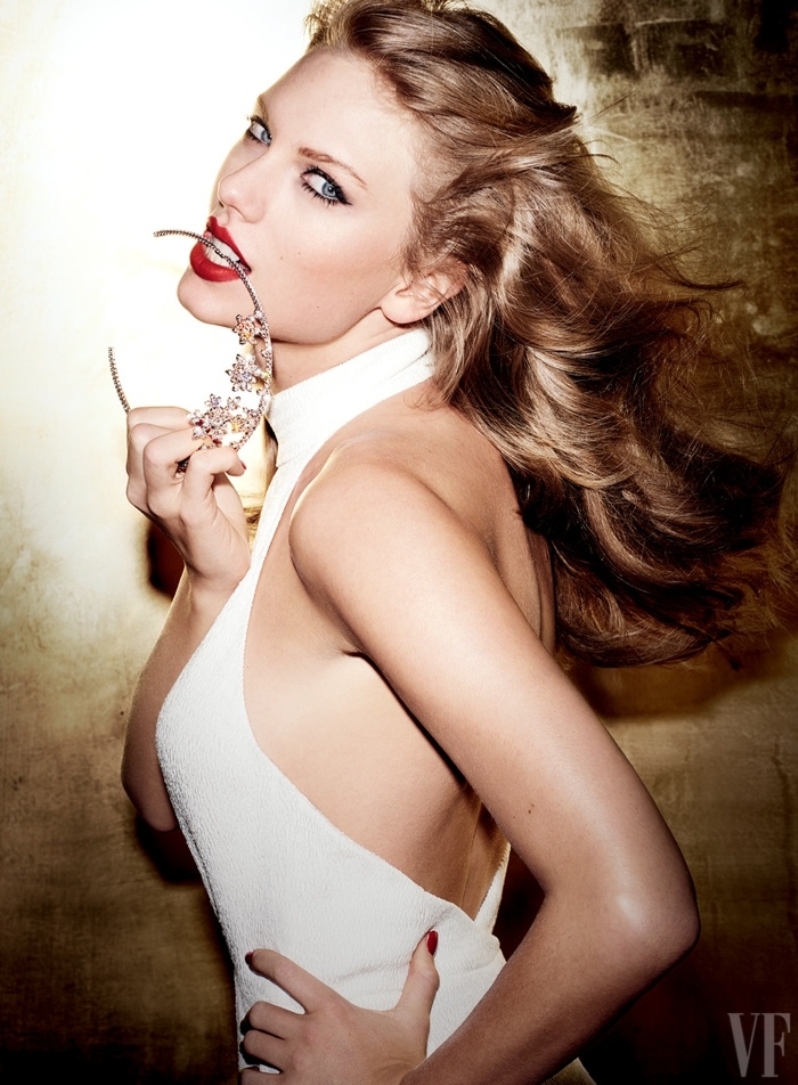 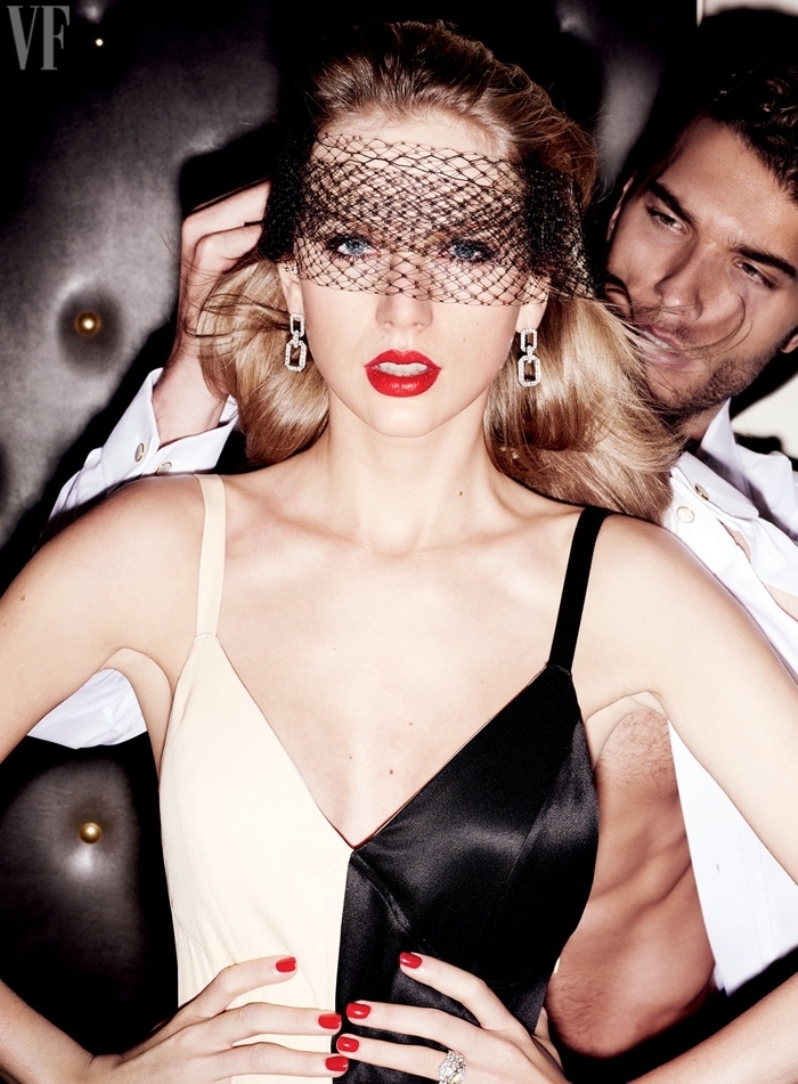 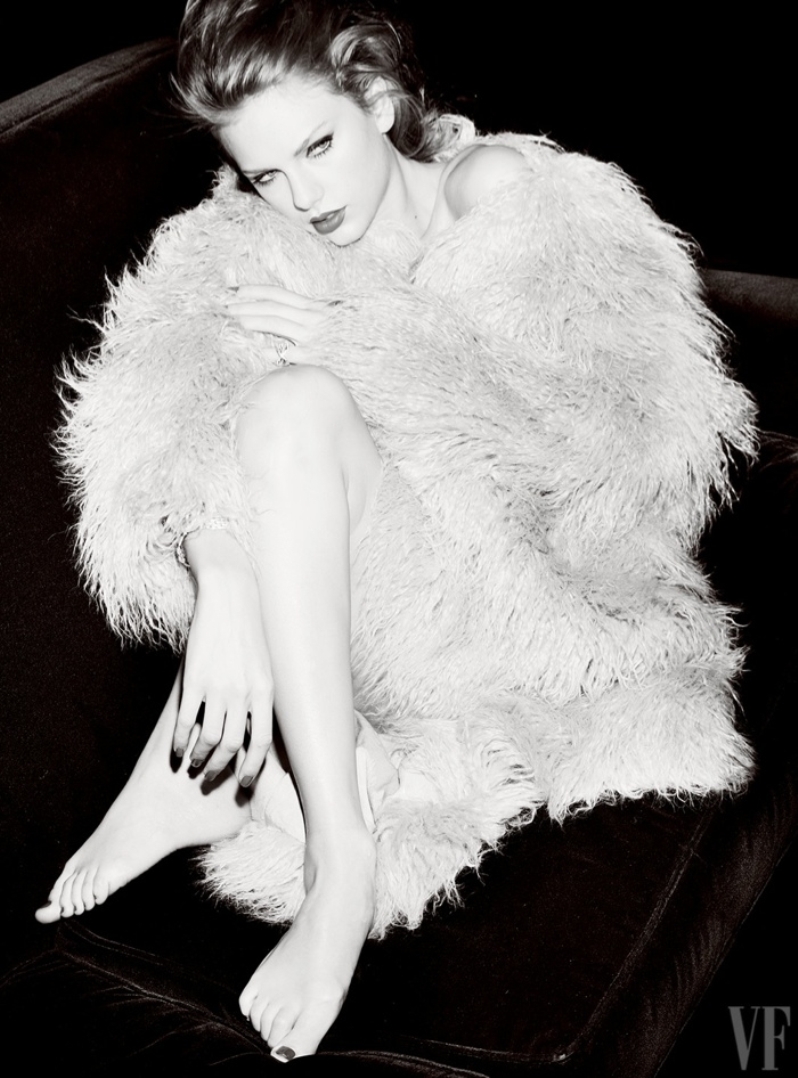 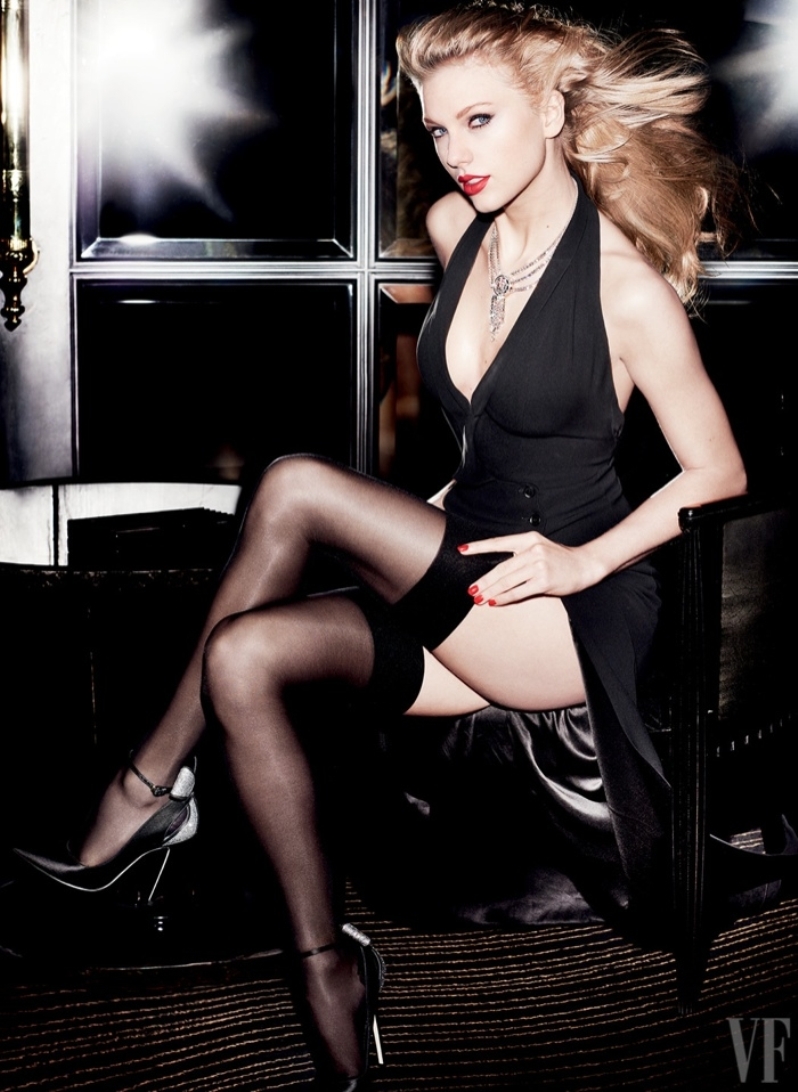