Selena Gomez has landed not one but two Vogue covers.

On the other cover, Selena wears a chic emerald Louis Vuitton jumpsuit jumpsuit with yellow and orange stripes.

Selena revealed the news in an Instagram post which read: 'My cover for @voguebrasil with @nicolasghesquiere ❤ exciting things coming with this brilliant man.'

The magazine marks the first time that Ghesquiere is seen on a cover from the Vogue Universe. Other designers who have fronted Vogue are Tom Ford in December 2010 with Lara Stone on the cover of VOGUE Paris and Givenchy designer Riccardo Tisci who posed for the October issue of Brazilian Vogue last year along with Naomi Campbell and Maria Boscono. 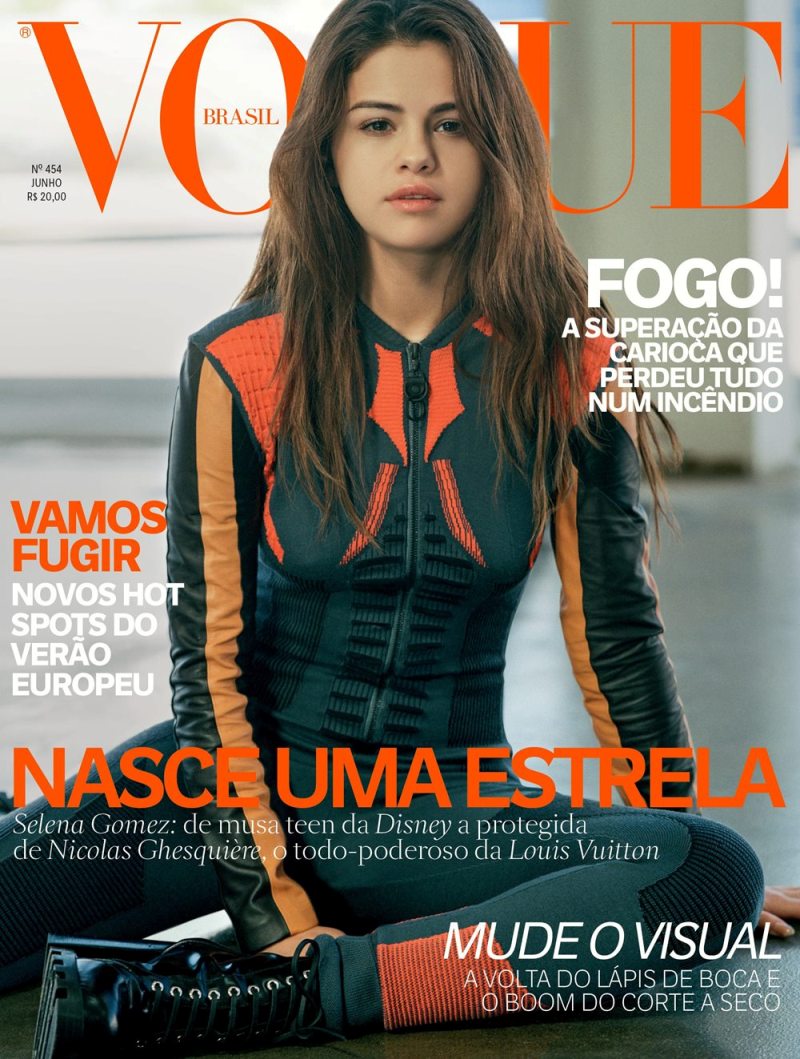 Share Me
#Tags Bruce Weber magazine nicolas ghesquiere Selena Gomez covers Vogue Brasil
+ Report an error
Ready for the next big name?
A central authority for the fashion and luxury industry. Since 1998.